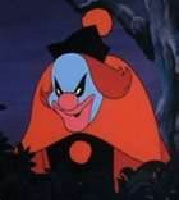 There are many ways in which a therapist might try to help a Client. The approach might vary according to the Client’s presenting problem or issue, a Client’s specific goal, or the therapist’s training. Among other things, I was trained as a Clinical Hypnotist, a therapist who uses hypnosis to facilitate change for her Client. Extensive research on Clinical Hypnosis points to its efficacy in helping with sports or artistic performance, weight loss, weakening addictions including smoking, stress management, the reduction of anxiety and depression, and other things.

Some clinicians think that hypnosis can help in the retrieval of lost memories such as those of a trauma survivor. I do not advocate this use of hypnosis because the unconscious mind is factually unreliable. It does not distinguish between objective truth and emotional truth, between actual beings and archetypes, between idea and symbol. It is beautiful, mysterious, and inexact.

Since I first began to use hypnosis in session, my Clients of a certain generation have demonstrated, and even voiced, distrust of the procedure. When questioned, they are often reluctant to admit that they were deeply influenced by the now-famous episode of Scooby Doo in which the evil Ghost Clown in the Barnstorm Circus hypnotized Shaggy, Scooby, and Daphne, forcing them to engage in all manner of dangerous behaviors. For these Clients, I would like to dispel some of the myths and common fears about hypnosis so I can resume this healthful and relaxing approach to personal change.

How does it do that?
During Clinical Hypnosis, the therapist will tell you a story that will keep your conscious mind occupied. During the story, messages to the unconscious about desired changes will be suggested. The conscious mind, occupied by the story, or script, will not argue. The powerful unconscious mind will therefore receive the direct message of positive change.

How can you know if Clinical Hypnosis is right for you?
In the first session, we will do several tests to see how you learn. Are you a visual learner? Are you also sensitive to auditory or olfactory information? Where is your favorite place? What is the best way for you to relax? If, at any point in the session, you feel uncomfortable, we will stop. Many people look forward to session because it is so relaxing.

I hope that I have dispelled some of the Scooby Doo-related myths around hypnosis. I do not want to upset any of my Clients or any of our prospective Clients, but I also think that we have to realize, at some point, that Scooby Doo is not a real dog. I mean, I love the big guy, but he is actually only a cartoon. I am not in any way attempting to minimize his importance as a cultural icon and a key factor in your development, but he is only a figment of our collective imagination. And so is the Ghost Clown. If you are having trouble with this, come and see me. We’ll talk about it.